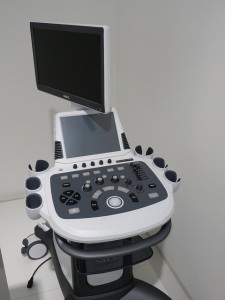 Typically as women age, there are many routine medical screenings that get added to your list.  Mammograms fall into this category and it can often be confusing to determine the differences in breast screening methods.  According to the CDC, 66.8% of women over the age of 40 in the U.S. had a mammogram in the past two years.  Mammograms are an important part of regular physical exams to provide baseline reference images or to further evaluate abnormal changes in breast health.  Research has shown that mammography can increase breast cancer survival by detecting the disease in its early stages.  For women over age 40, annual mammograms can reduce the risk of breast cancer fatalities by 15-40%.

What is a mammogram?

Mammogram screenings are non-invasive, involve minimal radiation exposure, and cause marginal discomfort.  Screenings are done on a regular basis, generally annually, and are used to check breast tissue for possible signs of breast cancer.  Screenings are routine and completed in women who generally exhibit no symptoms of breast cancer.  Diagnostic mammograms are typically used to further explore possible breast abnormalities or changes from previous years’ screening images.

During a mammogram, your breast is placed between two radiographic breast plates which are gently pressed together, flattening your breast.  Your breast will be imaged from several angles to ensure a complete view.  There are two main types of mammographic imaging—digital mammograms (also called full-field digital mammography or FFDM) and 3D mammograms (also called breast tomosynthesis).   Both imaging techniques use low-dose x-rays in order to create complete images of your breasts.

As mentioned above, mammograms create a baseline image of your breast tissue, but they may also show tumors and/or calcifications in the breast.  These breast changes may or may not be cancerous and a mammogram will help determine if further follow-up is needed.  If follow-up is needed, one possible technique that your doctor may request is breast ultrasound imaging.

What is a breast ultrasound?

A breast ultrasound may be ordered by your doctor as an additional imaging technique to accompany a mammogram.  A breast ultrasound is non-invasive and virtually painless—although you may get a chill from the cold gel applied to your skin.  Ultrasounds use sound waves that bounce back at different speeds based on the type of tissue encountered—like an echo.  These different “echoes” are used to create an image of your breast tissue.

Unlike mammography, ultrasounds use no radiation.  However, the images produced during ultrasounds may overlook some of the smaller masses and calcifications that are typically detected using mammograms.  For this reason, ultrasounds are not typically used as the first breast screening technique.  Women with dense breast tissue that may pose issues during mammogram imaging may use breast ultrasounds in conjunction with mammograms.

Mammogram, Ultrasound or Both?

Recent studies have found that ultrasound and mammography appear to equally detect breast cancer; however the research also shows that ultrasounds may lead to more false positives in breast cancer detection.  In a Journal of the American Medical Association report, 28% more cancers were found when ultrasound was coupled with mammography than when mammography was the only screening method used.  However, the report also found that that four times as many women who had the ultrasound and mammography dual screenings had false positive results that led to unnecessary biopsies.

A Journal of the National Cancer Institute study found that 32% of more than 2,500 women with dense breast tissue and without cancer were asked to come back for additional testing at least once after an ultrasound vs. 23% of women who had only mammography. “For U.S. patients, what [this study] really confirms is, ultrasound should be used as a supplemental screening exam in dense breast patients,” according to Dr. Lusi Tumyan, a radiologist and assistant clinical professor at the City of Hope Cancer Center, in Duarte, Calif.

Yet another study, this time in the Pan African Medical Journal, found that ultrasounds should be a first line of imaging in women under the age of 30 and for women over the age of 30, ultrasound should be used in conjunction with mammography.

What’s Best for You?

Mammograms are your best first-step, but ultrasound should be used as a supplemental screening exam, particularly in dense breast patients. The goal is to detect breast abnormalities as early and thoroughly as possible, resulting in fewer women needing surgery or treatments such as chemotherapy.  Ultimately, the patient and doctor need to work together and discuss what their best course of breast imaging is on a case-by-case basis.