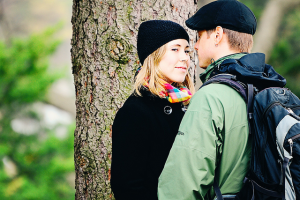 Infertility is a high price to pay for becoming sexually active. Yet it’s a price many young women end up paying when they unknowingly contract chlamydia.

Nearly 7 percent of sexually active teenage women end up with this sexually transmitted infection, but three out of four of those women don’t realize it. That’s because it usually doesn’t present any symptoms; without regular testing, it can go undetected and develop into more serious complications such as pelvic inflammatory disease, which can permanently damage the reproductive organs.

Because chlamydia is one of the most common reportable illnesses in Oregon—and because it’s most prevalent in young women—routine annual screening is a critical part of women’s health care. Portland women ages 16 to 24 can reduce their risk of complications from chlamydial infection by getting tested annually, according to the U.S. Preventive Services Task Force.

Despite public health efforts to promote chlamydia screenings among the most high-risk populations, many women still don’t take advantage of it. Only a third of women with commercial insurance plans receive the recommended annual screening, leading the National Committee for Quality Assurance to declare chlamydia testing “one of the most valuable but under-utilized clinical preventive services among those recommended by the United States Preventive Services Task Force.”

Who Should Get Tested

Sexually active women 25 or younger: Because this group has the highest rate of infection, these women should consider getting screenings every year as well as when switching to a new sexual partner.

Pregnant women: Women who are pregnant should get tested for chlamydia during their first prenatal exam. Those with a high risk of infection (due to changing sexual partners or a regular partner’s possible infection) should get tested again later in the pregnancy.

Women at high risk: For those who have multiple sexual partners, don’t always use a condom, or have contracted another sexually transmitted infection, frequent chlamydia screenings are advisable.

How to Get Tested

Fortunately, screening for chlamydia is painless and easy. There are two ways to perform the test: via a urine sample or a direct sample from the affected area.

Urine sample: Laboratory testing of a urine sample can detect the presence of chlamydia by amplifying the bacteria’s DNA. It’s generally more sensitive and specific than other chlamydia tests.

Swab: A swab from the cervix can also be used to test for chlamydia. This can be done during a routine Pap test.

If the results come back positive, chlamydia can be easily treated with antibiotics. In many cases, a one-time dose will suffice, and the infection will be resolved within a couple of weeks. Abstaining from sex during that time is important, and any sexual partners of the infected person should get treated as well, even if they don’t have symptoms, to avoid passing the infection back and forth.

Chlamydia can have serious consequences, particularly for women, but early treatment can drastically reduce the risk of long-term complications. Portland doctors agree – to prevent infertility and other health concerns, it’s crucial for young women to make chlamydia testing a regular part of their health care.

Photo by kaybee07 via CC License