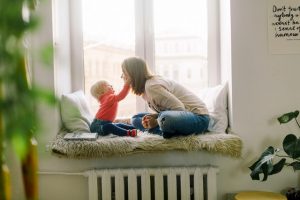 Despite overwhelming evidence, questions about vaccinating children remain, even now, in 2018. The questions surrounding vaccinations and whether or not they’re right for everyone continue to make their way into conversation, along with the abundance of misinformation that often accompanies it. But where did this misinformation come from, and why is it still part of the conversation today?

More than meets the eye

While it may be easy to point the finger and say anyone choosing not to vaccinate their child is a bad parent or selfish, it’s important to consider all of the factors that have gone into the anti-vaccination movement. In fact, a recent study in the Canadian Medical Association Journal points to everything from a lack of political priority, medical training practices, and a history of drug scandals that date back to the 1960s, as reasons for the immunization apathy, or “vaccine hesitancy,” we still see today.

“History reveals systemic problems including lack of public education, lack of access, lack of training, and, perhaps most importantly, lack of political will for a national immunization schedule,” says Heather MacDougall, co-author of the study and history professor at Waterloo.

The separation of power over healthcare—especially at a local and federal level in the United States—has created what can at best be described as a “systematic disadvantage for the consensus needed to develop a consistent national immunization program.” With no one taking direct responsibility for the sustained research and training needed for proper immunization education, the deed doesn’t get done and immunization rates continue to fall.

Even if vaccinations seem like a no-brainer, much of the cultural conversation around vaccination has been fraught. Understanding where people are coming from, and talking through how vaccines actually work, is integral to success. That said, understanding the how, why, and when of vaccines can help assuage fears and help skeptical parents form a plan that works for your family. Talking to your pediatrician, and doing research about vaccination schedules in countries with lower infant and child mortality rates may also be beneficial.

Progress is a process

Unfortunately, many of the attempts to combat the misinformation around vaccinations have been largely ignored. One example is the myth around vaccinations causing autism, which stemmed from a 1988 British study that has since been retracted (in which the paper’s author was later found guilty of misconduct). A recent study, published earlier this year in the journal of Pediatrics, sought to explore four methods designed to counter the myth that the MMR vaccine, specifically, causes autism. While parents were less likely to believe that vaccines cause autism after being presented with this information, they were still less likely to vaccinate a child in the future.

“We suggest that people are motivated to defend their more skeptical or less favorable attitudes towards vaccines,” says Brendan Nyhan, an assistant professor in the department of government at Dartmouth College who researches misconceptions around health care. This means when parents are presented with evidence that one or more of their views on vaccines may be inaccurate, they double down on their other vaccine-related concerns.

So, Should You Vaccinate Your Child?

When deciding whether or not to vaccinate your child, the first person you should consult is your primary care physician. There are many misconceptions around vaccinations circulating on the internet and in conversation, so it’s important to arm yourself against the misinformation.

If you choose not to vaccinate your child, though, it’s important to understand you will put others (and your child) at risk — especially infants, the elderly, or those with weakened immune systems. Preventative measures such as vaccines don’t just keep your child safe, they reduce or even eliminate diseases that crippled entire populations generations ago. Learn more about the benefits of vaccines for children here.

Want to discuss vaccine schedules and implications with a professional? Northwest Primary Care is here to make sure you make an educated choice about your child in a judgement free environment. Reach out to us any time and we can help you get the information you need.