Home \ Healthcare Resources \ Blog \ How fatherhood changes your brain, and how to take care of yourself after becoming a parent

How fatherhood changes your brain, and how to take care of yourself after becoming a parent 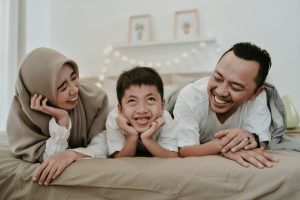 Parenthood changes you in distinct and unexpected ways. While some may throw themselves into work to better provide financially, others become more invested in childcare and chores. No matter how you choose to transition to this next phase of your life, you should pause to appreciate your unique role. As psychologist Margaret Kerr notes to Fatherly, human fathers are among the scant 6 percent of male mammals who actively raise young.

New members of the family also affect men’s health. Involved fathers are just as capable as bonding with their children and being an important presence in their lives as mothers. They’re also likely to experience similar joys and struggles. At the same time, fatherhood shapes your brain in a series of striking ways.

No matter your gender, being a primary caregiver activates new pathways in your brain. A 2014 study shows that mothers and fathers who act as lead parents use networks connected with social understanding and emotional processing much more often. Men who take a secondary role in child-rearing develop new neurons linked to bonding and care-taking.

Take an active role in raising your child. Having their dads around can cut down on kids’ depression, behavior problems and more. Different parents offer distinct but equally important things, no matter their gender.

2. Your testosterone is lower.

Fathers’ testosterone often drops after they have children, leading them to be less aggressive and more nurturing—much like what is seen with mothers. These effects on men’s health are normal, but can lead some to worry about possible drops in athletic abilities. However, as researcher Lee T. Gettler tells Outside, your fitness isn’t doomed. In fact, new fathers who stay physically active may have more strength and muscle mass than less athletic men without kids.

Make sure to continue exercising. Staying engaged with physical activity and kids can be as easy as using a jogging stroller or heading outside to play tag with your kids. You should also focus on trying to get enough sleep–even if it’s tough. Aim for seven to nine hours a night, but don’t be afraid to take a 20-minute power nap if you need a boost.

Sleep deprivation and running after little ones can wear on you. Having kids has varying effects on men’s health, depending on their age. While research is scant, a 2004 study found that fathers under 40 tend to have worse health than men without children.

Get regular check-ups. Maybe you’re on top of your kid’s wellness exams, but it can be difficult to muster the time and motivation to go yourself. You’re not alone. Forty percent of men visit the doctor only when they worry they have a serious medical condition. Seeing a physician more regularly can help you take care of health issues when they’re smaller and easy to manage. You can even come up with a preventative care plan to prevent problems before they start.

Don’t forget in all the pandemonium, it’s OK to take a break for alone time. Fatherhood is hard work, and your body and your brain will appreciate the reboot. We at NWPC are a good resource if you have further men’s health concerns.