Finish a Marathon Without Foot Pain This Year 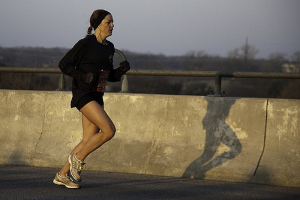 More than half a million runners participate in more than 1,100 marathons across the United States each year. The number of U.S. marathon finishers has soared by more than 140 percent since 1990 and seen a 40 percent increase just in the past decade.

Here at Northwest Primary Care, we understand why. Running a marathon is a big accomplishment and a great way to build community—just two of the reasons we’re excited to participate in the Rock ’n’ Roll Marathon Series, the most popular running series in the United States.

But with the pride of finishing a marathon often comes the pain of a foot injury. Running takes its toll on the lower extremities, and researchers estimate that anywhere from 19 to 79 percent of runners sustain overuse injuries in a year, many requiring physical therapy. Portland runners, on average, sustain four injuries per 1,000 hours of running, which means the more time you spend training for a marathon, the more likely you are to get hurt.

In fact, training injuries are so common that as many as 70 percent of first-time marathon runners drop out before the big day.

How Running Affects the Feet

Foot and ankle injuries make up about 17 percent of running injuries, and these soft-tissue injuries are notoriously difficult to heal.

The repetitive motion of running can create tears in the muscles and tendons, causing scar tissue to build up. Over time, this can cause chronic pain and restrict movement. Often such injuries fail to adequately heal, causing the body’s soft tissues to degrade and become even more susceptible to re-injury.

Ultimately, as many as 20 percent of running injuries will re-occur. In fact, only half the injuries sustained each year are new, while the rest are recurrences of past problems.

Fortunately, there’s a new alternative to physical therapy Portland runners can use to heal past injuries and reduce the likelihood of future recurrences.

Benefits of Astym treatment include:

A typical treatment course involves just eight to 10 visits over the course of four to six weeks.

While receiving Astym therapy, athletes are encouraged to continue their normal activities, which means treatment won’t interfere with your training schedule.

With the help of physical therapy, Portland marathon runners might be able to find some relief from foot pain. But Astym takes the healing a step farther by mending the underlying cause of the symptoms: the scarring located within the soft tissues of the feet and ankles. With the help of this proven therapy, you can finish your next marathon pain-free.