How Gender Socialization Impacts Your Child 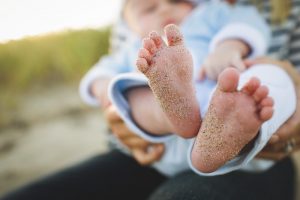 If you’ve ever had a Facebook account, you’re probably familiar with the gender reveal video concept. The idea is that loved ones gather to celebrate the gender of a child soon to be born to the family. In some cases, the reveal is as simple as cutting into a colored cake. If the cake is pink, the child is expected to be assigned female at birth, and if the cake is blue, the child is expected to be assigned male. Some who want to get more creative fill balloons with colored confetti and pop them, while others, such as one Louisiana couple, fill a watermelon with Jello and toss it into an alligator’s open mouth.

Gender socialization typically begins at birth; or, in the case of the gender reveal video, even earlier. “From the time their children are babies, parents treat sons and daughters differently, dressing infants in gender specific colors, giving gender differentiated toys, and expecting different behavior from boys and girls,” says Susan Witt, a child development professor at the University of Akron. Because of this, children learn at very early ages what it means to be AMAB (assigned male at birth) or AFAB (assigned female at birth) individuals in today’s society.

There are many ways gender socialization is enforced. In western countries, it is often through gender-stereotyped objects and activities, from the toys parents buy to the activities they encourage. AMAB children are often given sports equipment, toy vehicles, and action figures, while AFAB are given kitchen sets and dolls. AMAB children and adolescents are also often assigned maintenance chores, such as mowing the lawn, while AFAB children and adolescents are assigned domestic chores, such as laundry.

But gender socialization can also be subtle, especially when it comes to speech or “essentialist statements.” For example, when an adult says “girls like dolls” or “boys like baseball,” they are expressing what is known as a descriptive stereotype (general patterns about gender) as opposed to a prescriptive stereotype (behavioral norms that individuals are expected to uphold).

A prescriptive stereotype would then be the idea that AMAB children should be strong or shouldn’t cry and that AFAB children should be gentle and compliant. The difference is that descriptive stereotypes describe what an individual tends to be, while a prescriptive stereotype describes what an individual should be. Some research suggests that even middle-class mothers who believe in gender equality have a tendency to make such statements with children as young as preschool-age. How many times have you heard babies perceived to be AMAB referred to as “strong,” while girls are often described as “pretty” or “delicate.”

These gendered messages parents send their child, from the gender-stereotyped objects and activities, to the essentialist statements, are often internalized by the child. “Parental attitudes toward their children have a strong impact on the child’s developing sense of self and self-esteem, with parental warmth and support being key factors for the child,” says Witt. In fact, these parental messages about what is appropriate based on gender are so strong even when the child is confronted with conflicting attitudes, they are likely to resort back to the stereotype.

So, how does a parent avoid reinforcing gender stereotypes? One method is gender-neutral parenting, which means stepping away from the gender binary and allowing children to explore a variety of gender types. This can mean painting the child’s bedroom a more neutral color (instead of the more gendered blue or pink), allowing the child to choose their own clothing (even if this dressing an AMAB child in pink or wearing skirts), and giving the child permission to play with toys designated for either gender.

It’s also possible to raise a child as “genderless,” which means not making the child’s assigned gender public until the child decides for themselves. In 2011, a child named Storm Stocker-Witterick drew national media attention because her parents, Kathy Witterick and David Stocker, decided not to publicly reveal the child’s gender. According to their profile in The Star, the parents did not want the sex designated by the doctor to influence the gender their child would later identify with. “Sex is what is between your legs, and gender is what you think of yourself as a person,” says Jazz, 10, the couple’s eldest child. At the age of five, Storm officially declared her preferred pronoun as “she.”

The Stocker-Witterick couple cites The Gender Book as their resource for gender-neutral parenting and teaching their children about the nuances of gender. After all, a child’s gender assignment becomes a “powerful social identity” that shapes their life and the way they view the world around them, which is what makes the parent-child relationship such an important developmental factor and unbiased gender socialization so crucial.

No matter how you prefer to parent, there’s no denying the mainstream idea of gender diversity has come a long way, but still has a long way to go.