How to Stay Fit During the Holiday Season 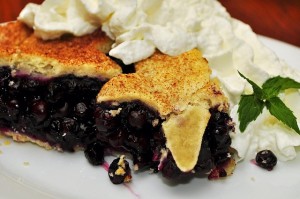 As we enter the holiday feeding frenzy, a common concern on people’s minds is how to enjoy the season without losing ground on their fitness efforts.

We always overeat during the holidays. A traditional American Thanksgiving or Christmas dinner contains an average of 3,000 calories—that’s a third more than most people’s daily caloric requirement packed into just one meal. To top it off, the overeating isn’t usually limited to those two days. Often it goes on for weeks, extending from Thanksgiving to New Year’s, as many of us attend parties, reheat calorie-dense leftovers, and eat more than usual to relieve holiday stress.

Since it’s such a busy time and so many holiday activities involve eating as the main event (often paired with sitting on the couch and watching holiday movies), exercise tends to be forgotten. It’s no wonder we gain 1-3 pounds per week this time of year.

However, studies have shown that 45 minutes of daily exercise can help counteract the negative effects of short-term overfeeding. A simple daily walk will add a bit of movement and alleviate the stress during the Holiday season.  For those who have trouble getting enough exercise during the holiday months, there are plenty of Portland health care resources available to help you stay on track.

How Overeating Affects Your Body

While some of these problems merely cause temporary discomfort, others can have a lasting impact on the body. The good news is that daily exercise can help prevent long-term issues due to holiday bingeing.

Counteracting the Effects through Exercise

In a study on short-term overfeeding, one group of participants increased their daily caloric intake, but reduced their daily amount of exercise. The other group also increased their caloric intake, but spent 45 minutes a day on the treadmill. Although both groups had the same amount of unburned calories, those who worked out didn’t show as many detrimental effects from overeating.

“Exercise seemed to completely cancel out many of the changes induced by overfeeding and reduced activity,” said Dylan Thompson, a professor of health sciences at the University of Bath and senior author of the study.

While it’s best to avoid overeating during the holidays as much as possible, it’s hard to avoid the temptation. Keeping up a daily exercise routine can help you combat some of the more harmful effects of short-term overfeeding. Consult our Portland health care resources to learn more about staying healthy during the holidays.

Photo by jeffreyw via CC License