Home \ Healthcare Resources \ Blog \ Mammography: A Screening That Can Save Your Life

Mammography: A Screening That Can Save Your Life 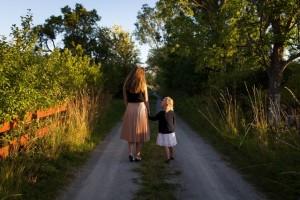 Screening for breast cancer takes less time than getting your nails done—and unlike nail polish, its benefits can last a lifetime.

Consider mammograms. It takes just 20 minutes to capture x-ray images of both breasts, which can then be examined for signs of cancer. Their ability to detect breast cancer early—before it can be felt—has helped reduce U.S. breast cancer mortality by nearly a third since 1990.

For women 40 and up, getting a mammogram once a year can reduce the risk of dying from breast cancer by 15 to 40 percent. But many aren’t yet getting them every year. In fact, less than two-thirds of women who are recommended for screening keep up with their annual mammograms.

There are many potential reasons for the lapse in women’s health care. Portland women may still be operating under the belief that they only need to get a mammogram every two years, for example—an outdated guideline that allows 30 percent of cancers to sneak by undetected (often until it’s too late).

Mammograms are non-invasive. They also involve minimal radiation and cause minimal discomfort. There are two main types: screening and diagnostic.

Screening: A screening mammogram is used to check for breast cancer in women who exhibit no signs or symptoms of the disease. X-ray images are used to detect tumors that cannot be felt as well as tiny calcium deposits that sometimes signal the presence of cancer.

Diagnostic: When a woman has one or more symptoms of breast cancer—such as a lump, breast pain, thickening of the skin, nipple discharge or change in breast size or shape—a diagnostic mammogram is used to investigate. It can also be used to further evaluate abnormalities found during a screening mammogram.

Portland women—like all women born in the United States—have a one in eight chance of being diagnosed with breast cancer at some point in their lives. One in six occur in women between the ages of 40 and 49. The sooner it’s caught, the better the chances of recovery.

“When you diagnose a breast cancer at an earlier stage, you are able to give the patient less treatment with less surgery and potentially less chemotherapy,” Swain said. Ultimately, fewer women end up needing surgery or systemic therapy (such as chemotherapy) at all.

Because mammograms play such a critical role in women’s health care, Portland women are encouraged to work with their physicians to determine when and how often they’re needed.

“The bottom line is that all women should talk with their doctors about mammography and decide on an appropriate screening schedule,” Swain said.