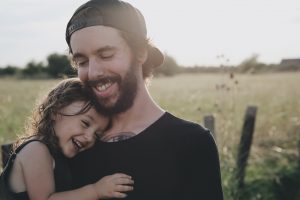 As families gear up for the rapidly approaching school year, many will include a visit to the doctor in their back-to-school preparations. Getting immunized helps protect kids against the onslaught of germs they’ll encounter while mingling with hundreds of other children every day. The more people know about vaccines, the healthier they (and their children) will be. Here’s the truth behind some of the questions surrounding immunizations.

We are supporting National Immunization Awareness Month by spreading more information on why it’s important for all of us to get vaccinated –– even if we’re healthy.  But in all the bustle, many parents will overlook the importance of getting immunized themselves. Others even choose not to immunize their children because of fear or misinformation causing vaccine apathy.

But immunizations aren’t just for kids—and they’re just as important now as they were in the 1970s, when science virtually eradicated diseases such as polio and smallpox. Both adults and children at all stages of life and health should stay up to date on their vaccinations.

In fact, immunization is the best way to prevent influenza, most commonly known as the flu. This highly contagious respiratory illness can cause serious health problems, particularly among high-risk populations such as:

Yet flu vaccination rates remain low. During the 2018 – 2019 flu season, only 45 percent of children and 44 percent of adults over 18 were immunized. And while the flu shot reduced the risk of illness by around 47 percent in vaccinated people, the CDC estimates that influenza caused 7.2 million medical visits, 186,000 hospitalizations, and 15,900 deaths total during that period. However, there’s still hope. Influenza vaccinations prevented nearly seven million flu illnesses, 109,000 flu hospitalizations and saved 8,000 lives.

Why it’s Important to Vaccinate Our Kids

Eighty-five percent of children receive vaccines protecting them from diseases like tuberculosis, polio, diphtheria, tetanus, pertussis, and measles. Immunizations prevent between two to three million deaths each year globally and keep our families safe. “They’re one of the main reasons global child mortality has plummeted since 1990,” said Caryl M. Stern, president of the U.S. Fund for UNICEF.

Throughout the 20th century, Americans endured an average of more than half a million measles cases per year. By 2010 vaccines had slashed that number to just 63 percent. Immunizations have been so effective that most people have forgotten just how devastating many of these diseases can be.

Yet an estimated 1.5 million children around the world still die every year from easily preventable diseases. Why? Because when fewer than 90 percent of a community’s children are immunized, these infectious diseases can take hold and spread once again. In some cases, lack of immunization stems from poverty. Increasingly, however, it arises from parents making a deliberate decision not to vaccinate their children.

“Delaying or declining vaccination has led to outbreaks of such vaccine-preventable diseases like measles and whooping cough that may jeopardize public health, particularly for people who are under-immunized or who were never immunized,” says the Institute of Medicine. Since 2010, there have been between 15,000 and 50,000 cases of whooping cough reported in the US each year.

Are Vaccines Safe for Kids?

Fear often drives the decision not to vaccinate a child. Much of this fear comes from false reports that certain vaccines can cause autism, brain damage, multiple sclerosis or seizures. Other rumors warn that vaccines are too unreliable to provide any benefit at all.

“These claims would be upsetting if they were based on fact. But they’re not, and they create plenty of fear among concerned parents,” says the American Academy of Pediatrics. “Panels of experts have confirmed again and again that today’s vaccines are safer than ever. In fact, the greatest risks come when children are not immunized.”

When adults decline to vaccinate their children (or themselves), they’re putting others at risk as well as their families. Getting immunized helps prevent a disease from spreading to vulnerable members of the community, such as:

Are Travel Vaccines Safe for Kids?

Travel immunizations can protect you and your children from most travel-related diseases and illnesses domestically and abroad. However, there are vaccines that cannot be given to very young children, so it’s important to work with a pediatrician to know which immunizations are safe before traveling.

Parents traveling with their kids need to plan ahead by visiting their healthcare provider at least six weeks before their trip. When visiting your doctor, ask them if your family needs routine vaccines or specific immunizations required to travel to your destination. Doing this could prevent disruptions in your travel plans and will keep your family safe.

For example, a yellow fever shot can only be administered by a registered provider and you have to receive one no later than 10 days before your trip. Depending on where you go, your doctor may recommend other travel vaccines that will keep you and your children safe. Common travel vaccines include:

Who Should Get Immunized?

Because kids are often the most vulnerable to vaccine-preventable diseases, they’re the focus of attention during National Immunization Awareness Month. It’s especially important to ensure children are up- to -date on their vaccinations before they head off to school this fall.

But many people overlook the importance of adult immunizations. Adults who were vaccinated as children may believe they’re fully protected and don’t need any further immunizations. Many don’t bother getting boosters unless they’re planning on traveling out of the country.

As a result, adult immunization rates are lower than they should be, causing more than 50,000 U.S. adults to die each year from vaccine-preventable diseases. Thousands more suffer serious health problems.

How Can I Find a Primary Care Doctor Near Me?

Looking for a healthcare professional in Portland who can answer your questions about vaccines? To learn more about the risks, safety, and benefits of immunizations, contact us or consult with a primary care doctor near you.