Home \ Healthcare Resources \ Blog \ Should You be Tested for Colorectal Cancer and Polyps?

Should You be Tested for Colorectal Cancer and Polyps? 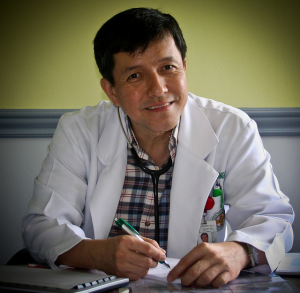 For many adults, the colonoscopy has become a right of passage—a milestone on the path to aging and a shared experience to grimace over.

While they don’t top the list of favorite pastimes for most people, colorectal cancer screenings play a critical role in saving lives. Colorectal cancer is the third most common type of non-skin cancer for both men and women and the second leading cause of cancer death in the United States (after lung cancer). An estimated 130,000 people in the United States were diagnosed with it and more than 50,000 people died from it in 2014 alone.

If detected early, however, colorectal cancer can be treated. By getting regular screenings from Portland care providers, adults over age 50 can reduce their risk of serious illness.

The number-one risk factors for colorectal cancer include advanced age (50 and up) and a family history of the disease. For most patients, Portland care providers recommend getting screenings beginning at age 50.

Those with other risk factors present should start earlier. These include:

Most colorectal cancers begin with a polyp,  a growth in the tissue that lines the inner surface of the colon or rectum. There are several tests available to detect these polyps before they become cancerous. Some of the tests can even prevent cancer from developing because they allow doctors to remove the abnormal growths immediately.

High-sensitivity fecal occult blood test: Both polyps and colorectal cancers can bleed. This test detects trace amount of blood in the patient’s stool, which can indicate cancer or a less serious condition such as hemorrhoids. When performed every  year for patients 50 to 80 years old, it can reduce the number of colorectal cancer deaths by 15 to 33 percent. If the fecal occult blood test is the only screening method used, the U.S. Preventive Services Task Force recommends yearly testing.

Sigmoidoscopy: By inserting a flexible lighted tube into the rectum and sigmoid colon, Portland care providers can examine the colon line for abnormal growths and remove them on the spot for biopsy. Although the lower colon must still be cleared of stool, this procedure requires less preparation than a standard colonoscopy and usually doesn’t involve sedation. Regular sigmoidoscopy screenings after age 50 can reduce the risk of death due to cancer of the rectum or lower colon by 60 to 70 percent. For patients with average risk and past negative test results, the U.S. Preventive Services Task Force recommends a sigmoidoscopy every five years along a fecal occult blood test every three years.

Colonoscopy: This test is similar to a sigmoidoscopy, but it involves a longer tube that can reach the upper parts of the colon. It requires a thorough cleansing of the colon beforehand, and patients, prior to the test, typically receive some form of sedation. Regular colonoscopies can reduce deaths from colorectal cancer by 60 to 70 percent. Patients with negative test results should plan on getting one every 10 years beginning at age 50.

Colorectal cancer screenings might be unpleasant, but the alternative is much worse. By following the advice of their Portland care providers, patients over the age of 50 can drastically reduce their risk of death and ensure good health for years to come.