Home \ Healthcare Resources \ Blog \ How to Support Those with Invisible Illnesses

How to Support Those with Invisible Illnesses 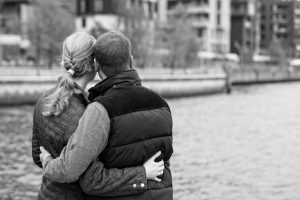 Imagine suffering from debilitating chronic pain. Every step you take causes discomfort, and it’s perpetually at the forefront of your mind. The internal battle you’re fighting takes mental and physical energy and just going through daily tasks can be debilitating. However, those looking at you may have no indication you’re suffering, let alone that you have a chronic disease. You suffer from an invisible illness.

What is an invisible illness?

An invisible illness is one that does not exhibit externally visible signs or symptoms. Those with invisible illnesses and disabilities may have symptoms such as pain, fatigue, dizziness, weakness, or mental health disorders. Many of these conditions deeply impact the people suffering, but show no obvious signs to an outside observer.

By 2020, the US Department of Health and Human Services estimates that 157 million Americans will be afflicted with a chronic illness and the US Census Bureau estimates 96% of chronic illnesses are invisible. Invisible illnesses disproportionately impact women and many are not yet well understood by health care providers or the general public. This lack of understanding inevitably contributes to feelings of isolation and hopelessness for those suffering from such conditions.

A vast majority of chronic illnesses are invisible. Some examples of invisible illnesses include:

Simply because external observers can’t see symptoms of these very real illnesses, they may be less empathetic and understanding of the people suffering from them. In a series of focus groups conducted in 1999 by the National Pain Foundation (NPF), lack of validation (belief the patient was suffering what the patient said they were suffering) was identified as the most significant challenge faced by people in pain.

Challenges of Living with an Invisible Illness

In addition to the various symptoms of a chronic and invisible illness, people suffering from these illnesses can also experience frustration, guilt, exhaustion and embarrassment.

For those diagnosed with an illness at a young age, the common stereotype that younger populations are supposed to be healthy makes it especially difficult. For those diagnosed later in life, many feel guilty they are unable to more actively participate in the lives of their families and be active with their children and grandchildren.

Invisible illnesses impact people in all aspects of their lives, personally and professionally. They can severely impact ability to routinely work and may lead to social isolation and depression.

Nearly all of those experiencing an invisible illness have to deal with common misconceptions regarding their condition. Here are just a few of those most frequently dealt with.

How to Support Others with Invisible Illnesses

If you know someone with an invisible illness, there are several things you can do to support them. It’s important to remember everyone wants to enjoy life and no one wants to be a burden; however, people suffering from chronic and invisible illnesses do appreciate your support and understanding.

The experts at NWPC specialize in the care and treatment of a variety of invisible illnesses. For resources, support, and additional information, we’re here to help.