Ultrasound vs. Mammograms: Learn the Difference 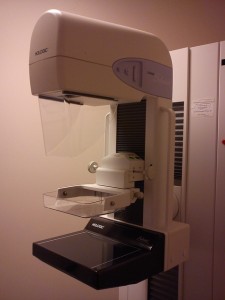 Most women know that as they age, regular mammograms will become a routine part of their preventive health care. However, fewer women understand how ultrasounds can also help prevent breast cancer.

Originally developed with the hopes of replacing mammography as a cancer-detection tool, breast ultrasounds never quite fulfilled their promise. However, when used as a supplement to other types of breast imaging, they can play a useful role in women’s primary care. Portland doctors often use ultrasounds, also known as sonography, in conjunction with mammograms and breast MRIs to increase the chances of early detection.

So what are breast ultrasounds exactly, and how can they contribute to cancer detection?

With a mammogram, the breast is compressed between two plates, which flatten and spread the tissue to allow for a more accurate X-ray. A radiologist typically takes images from two different angles to give doctors as complete a picture as possible.

Unlike a mammogram, which uses radiation to capture a picture of the inside of the breast, an ultrasound sends sound waves into the body. The procedure itself is simple: After the area is lubricated with gel, a microphone-like instrument is placed on the skin to administer the sound waves and pick up the echoes as they bounce off the breast tissue. A computer screen then converts the echoes into a picture.

The ultrasound procedure itself poses no known health risks. However, using it as a replacement for other types of breast imaging such as mammography is a risky proposition, according to current research.

Used alone, breast ultrasounds have proven unreliable at detecting cancer—they return too many false positives and negatives to be effective. Studies have shown they can miss small lumps or solid tumors that a mammogram would catch. Additionally, obesity and denser or larger breasts can interfere with the procedure, making it difficult to get an accurate picture.

Finally, as with any imaging procedure, an ultrasound’s effectiveness depends on the skill of the healthcare practitioner who performs it.

Despite their limitations, breast ultrasounds have become an increasingly common screening tool for several reasons:

While ultrasounds can’t replace mammography as a detection tool, the two can work together to arm doctors with more information than before.

For example, if a mammogram shows a specific area of concern, an ultrasound can help distinguish between a benign cyst and a potentially cancerous tumor. If a needle biopsy is called for, it can also help guide the procedure. Additionally, clinical trials are now exploring the benefits of supplementing mammograms with breast ultrasounds for women with dense breasts or an elevated risk of breast cancer.

In women with dense breasts, an ultrasound combined with a mammogram may detect slightly more cancers than mammography alone—although they also lead to more false positives. High-risk women for whom a breast MRI is not yet recommended may also benefit from adding ultrasound to their regular mammogram screenings.

Breast cancer screenings are a critical part of women’s primary care. Portland women who are at high risk for breast cancer should speak to a healthcare professional to learn more about the role of ultrasounds in early detection and treatment.

We invite you to learn more about Northwest Primary Care’s women’s health offerings and how we can help you and your family stay healthy.