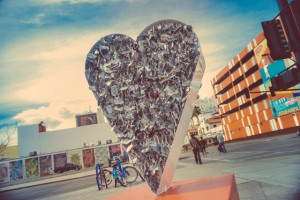 Stroke is one of the top five causes of death in the United States, but it’s also one of the most preventable. Of the 800,000 strokes that occur each year, eight in 10 can be avoided by taking preventive action.

A stroke happens when blood flow to part of the brain is cut off. As brain cells are deprived of oxygen, they begin to die—and with them the abilities controlled by the affected area of the brain. Often, this means a loss of memory and muscle control, making stroke the leading cause of serious long-term disability.

When it comes to stroke prevention, Portland care providers recommend immediate action. By understanding your risks and taking steps to minimize them, you can drastically reduce your chances of long-term complications.

A variety of circumstances, medical conditions and unhealthy lifestyle choices can influence a person’s risk of stroke. Many of these can be managed or eliminated through treatment or lifestyle changes.

High blood pressure, for example, is the most important risk factor for stroke; it’s also a problem many people successfully manage through diet, exercise and medication. High cholesterol is another—as is smoking, which doubles the risk of stroke. Nearly half of Americans have at least one of these three risk factors.

Other risk indicators include:

Age. Although strokes can happen at any age, nearly three-fourths occur in people over the age of 65. Once you turn 55, the risk more than doubles every decade.

Family history. Some strokes may be symptoms of a genetic disorder that damages the brain’s blood vessel walls. If a parent, grandparent or sibling has had a stroke, it could indicate a higher risk.

Race. African-Americans have higher stroke death rates than whites, even at younger ages. This may be partly because they also have a higher risk of high blood pressure, obesity and diabetes.

Prior stroke or heart attack. Once a person has had a stroke, heart attack or “warning stroke” (also called a TIA), the risk skyrockets. A person who has had a TIA, for example, becomes 10 times more likely to have a stroke. One in four people who experience a stroke have had one previously.

The good news about strokes is that there’s a lot you can do to protect yourself. Eighty percent of all strokes are preventable by taking action. And for patients who do experience one, doctors are constantly developing newer and more effective stroke treatments that can save lives and avert permanent disability.

“Strokes are largely preventable, treatable and beatable—but action is required,” said Dr. Nina Radcliff, a columnist for the Washington Times. “With early recognition of signs and symptoms and timely treatment, you (or a loved one) may be able to avoid or decrease disability; save someone’s life; or be among those who survive a stroke.”

Consider taking steps such as:

Maintaining a healthy lifestyle. Eating heart-healthy foods and exercising regularly helps eliminate many of the risk factors for stroke, such as high blood pressure and high cholesterol. Quitting smoking and moderating alcohol consumption can also reduce your risk.

Controlling medical illnesses. Those with high blood pressure or cholesterol can reduce their risk of stroke by seeking treatment from their Portland care providers. For diabetics, it’s especially important to control blood sugar levels to avoid damaging blood vessels in the brain and other organs.

Learning the symptoms. “Stroke is largely treatable—but time matters,” Radcliff said. “The faster someone is treated, the more likely they are to recover without permanent disability.” Every second counts, so it’s important to be able to quickly recognize the signs of stroke in both yourself and others. These include:

If you notice any of these signs, call 911 right away—even if the symptoms disappear. Patients who arrive at the emergency room within 3 hours of their first symptoms tend to have less disability 3 months later than those who receive delayed care.

At the hospital, Portland care providers will conduct a brain scan and recommend treatment based on the type of stroke and how much time has elapsed since the symptoms started. Treatment may include medications to break up a clot, noninvasive endovascular treatment, or surgery.

With fast action, recovery is possible. And with a little prevention, you can reduce your risk of ever experiencing a stroke.