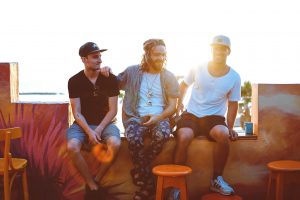 It seems like every few years headlines announce that new male birth control is coming. Maybe it’s a pill, a shot or some other contraceptive method, but they rarely move on past clinical tests. Some blame the hold-up on men’s health concerns. Others worry men wouldn’t widely use contraception, even if it was available.

“Because you’re dealing with an otherwise healthy population that doesn’t face the physical risk of pregnancy, this raises the standard for safety to a higher bar as well,” explains Aaron Hamlin, the executive director at the Male Contraception Initiative.

Those worries may be overstated. After all, women risk a similar litany of side effects including migraines, blood clots, depression and high blood pressure because of hormonal birth control. Women shoulder the majority of the burden of family planning, and have been doing so, for six decades. Plus, nearly  half of U.S. men have reported they’d use a new birth control method, if there was one.

Currently, the only readily available male birth control options are condoms, abstinence and sterilization. Condoms help prevent many sexually transmitted infections, on top of pregnancy. However, many men want more choices to take control of their reproductive future. Here are a few other male family planning options that have not yet come to the market.

This year, a study revealed men could regularly take a hormone pill called dimethandrolone undecanoate (DMAU) to prevent pregnancy without significant side effects. The male birth control method lowers levels of testosterone and other hormones in the blood, cutting down on sperm production.

After men took the DMAU pill daily for a month, their testosterone dropped to what was described as castrate levels. This means the hormone was as low as if they were castrated. The researchers combined the testosterone with a steroid to avoid men’s health effects like low libido and decreased sexual function.

Normally, pills with testosterone endanger the liver, but DMAU doesn’t seem to do so. A series of longer-term studies on it may be in the works in the future.

Vasagel is a gel that gets injected into the vas deferens. Unlike a vasectomy, the non-hormonal birth control is easily reversible. It can be effective for years, similar to an IUD.

RISUG, for “Reversible Inhibition of Sperm Under Guidance,” is another injection that goes into the scrotum. Indian scientists developed the male birth control method to prevent sperm from leaving during sex. Men get the shot in an outpatient facility and may need a day to recover, comparative to more invasive contraceptive options for women.

A nonprofit is seeking donations to fund both gel injections. Drug companies do not seem to be interested in funding Vasagel or RISUG. Why? “The fact that the big companies are run by white, middle-aged males who have the same feeling—that they would never do it—plays a major role,” Herjan Coelingh Bennink, a gynecologist with a focus on contraceptives told Bloomberg. “If those companies were run by women, it would be totally different.” Yikes. Currently, drug companies are not commenting on why they are declining to invest in this technology.

In 2009, monthly injections of testosterone were shown to be 99 percent effective at preventing pregnancies. Men who are short on testosterone usually get this kind of therapy. Development of the shots stalled because of side effects on men’s health, like acne, headaches, depression and mood disorders, coming from one of the health centers. While these conditions are similar to those women on birth control often experience, this was the second phase of the study and is expected to continue to be tested the coming years.

These are just a few of the many male birth control methods that have been in the works for over 40 years. Make sure to keep your eyes open for opportunities to take control of your reproductive future. Supporting research like this helps fund important innovation to prevent unintended pregnancies in the United States and beyond.

More accessible contraception could be an important piece to enhance men’s sexual health. Not only can men take a more active role in family planning, but they can become a more supportive partner to those they care about. Northwest Primary Care is available to answer any family planning concerns in the meantime and help you find the right solution for you.