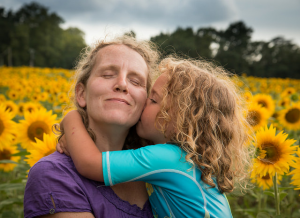 Once the leading cause of death for women in the United States, cervical cancer has significantly declined in both frequency and fatality over the past few decades. Modern medicine has become so advanced that our preventive care for cervical cancer can help doctors identify a potential problem before one even exists.

The ability to prevent cervical cancer relies on early detection. If discovered early, the five-year survival rate—percentage of women who survive at least five years after diagnosis—soars to 91 percent. Since modern medicine is able to identify the potential for cervical cancer before it exists, annual Pap tests should be considered a regular part of women’s healthcare.

As many as eight in 10 women who are diagnosed with an invasive form of the disease have not had a Pap test in the past five years.

What is Cervical Cancer?

Cervical cancer forms when abnormal cells on the cervix (the lower part of the uterus that opens into the vagina) begin growing out of control. In some parts of the world, it’s still one of the most common cancers women face. In the United States and other countries where screening is routine, it’s much less common now.

Most cervical cancer stems from a virus called human papillomavirus (HPV), which is transmitted through sexual contact and has infected most adults at one time or another. Often the infection resolves itself, but certain types of HPV can cause cervical cancer. (Others cause genital warts or no symptoms at all.) In addition to Pap tests, women can get an HPV vaccine as well as a test that allows doctors to treat the virus before it becomes serious.

As abnormal cells begin to grow in the cervix, they rarely provoke any symptoms. But as they develop into cancer, they may result in:

The reason Pap tests are so effective at preventing cervical cancer is that they detect abnormal cells before they become cancerous. This allows women’s care doctors to begin treatment in the disease’s early stages.

To administer a Pap test, a women’s care doctor takes a sample of cells from the cervix during a routine pelvic exam. It’s quick and generally painless. The cells are then analyzed in a lab for both pre-cancer and cancer cells.

In a 2013 survey, nearly 70 percent of women 18 years of age or over reported having a Pap test within the past three years. That’s a pretty high rate, but it still means nearly 30 percent of women are missing the opportunity for early detection.

To ensure you’re not one of them, follow the guidelines below for getting a routine Pap test.

Cervical cancer screening is recommended until women turn 65. If you have had a hysterectomy for a non-cancerous reason, you do not need to have this test.

Women with a high risk of cervical cancer due to a suppressed immune system (from HIV infection or long-term steroid use, for example) may need to get screened more frequently at the discretion of their women’s care doctors. Those 65 or older who have had regular screenings for the past 10 years should stop getting Pap tests as long as serious pre-cancer cells haven’t been discovered in the past 20 years.

If identified early, cervical cancer is highly treatable. By keeping up with their regular Pap tests, women can stop this deadly disease in its tracks.